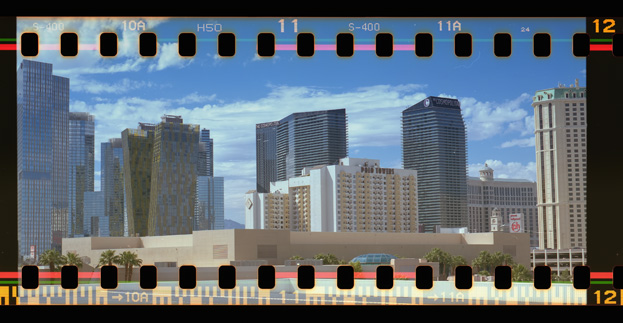 Since posting about shooting 35mm film in my 120mm camera I have had many people ask me HOW did I do that. It really was not all that hard… All you need to do is want something different, necessity breeds invention.  In this case I needed to fit a smaller film into a larger camera. Simple, all I needed to do is to make some spacers to keep the 35mm film canister in the right place so the film feeds evenly and in the center of the frame. 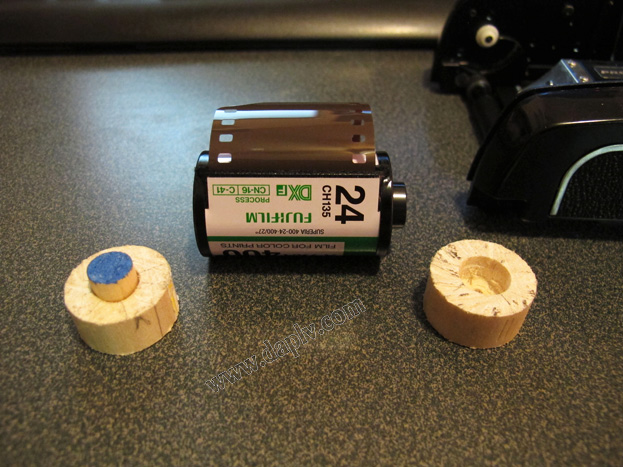 Once this is done, get a film canister and do a test fit. You should have something that looks like this… 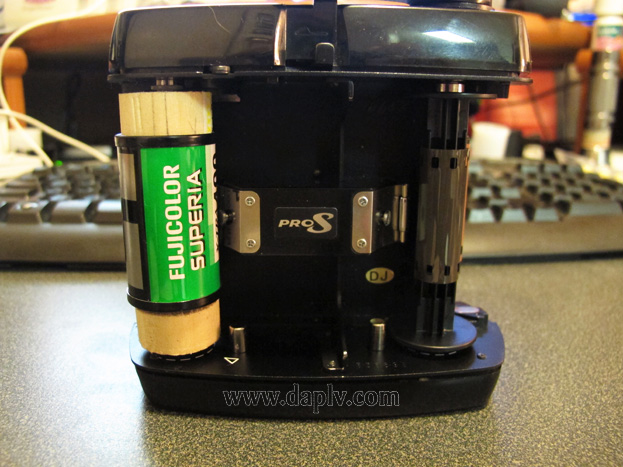 These pictures are of a 220 back for a Mamiya RB67 however this will work on almost any manual winding 220 film back including Mamiya, Bronica, Pentex and Hasselblad. Note: DO NOT ATTEMPT THIS WITH ANY AUTOWINDERS! 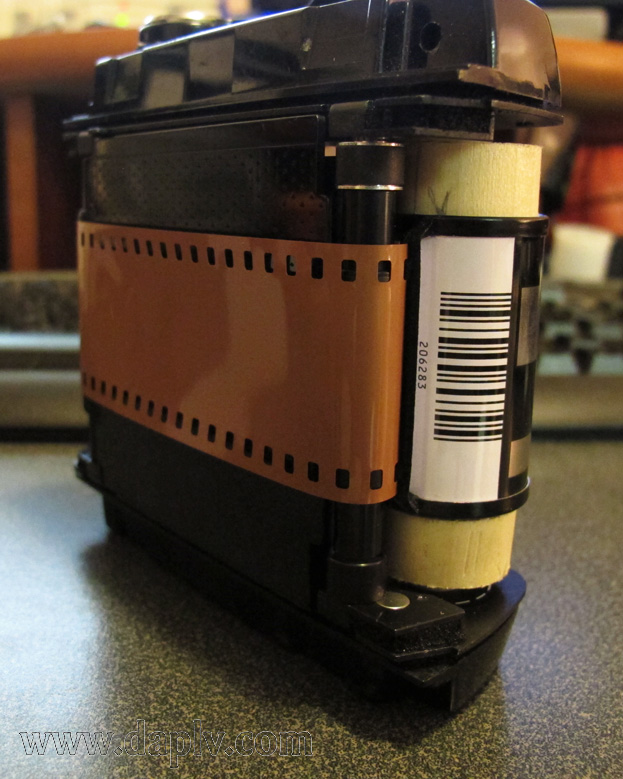 Be sure to place the film canister in the film back correctly, emulsion side out, just as you would load your 120/220 film. 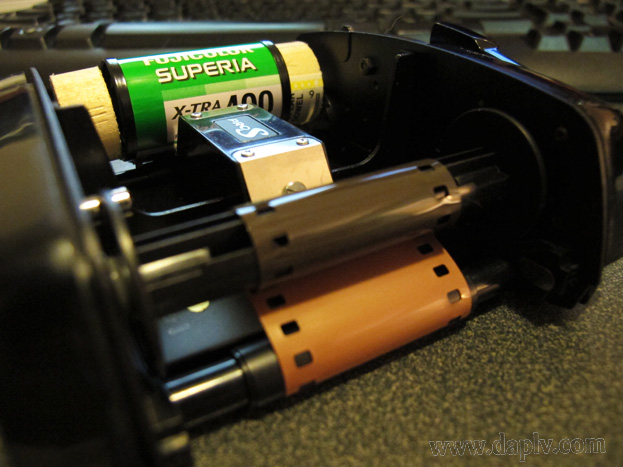 Thread the film onto your 120 take up spool as you would normally do for your 120/220 film.  Close the cover, attach to your camera, remove your dark slide and start taking pictures.

You can NOT rewind the film after you are finished shooting. You will need to remove the film from the back in a completely dark room or in a changing bag. Once you have the film out of the back, rewind it back into the 35mm canister by hand until all the film is back inside the canister. The other thing you must remember is that your film counter will not work, don’t worry, a single wind after each frame will advance the film enough for the next shot.

Some cameras also have a “film sensor” that detects if film is loaded or not. Mamiya’s have a lever on the film back to put it into multi-shot mode. When using this mod in a Mamiya, make sure you also switch the lever into multi-shot mode to get around the camera not sensing the smaller film you have installed.

When you get to the end of the roll the way you will know is that you won’t be able to wind the film anymore. Don’t force it. The 35mm film is taped to the spool inside the 35mm canister. Forcing it will most likely break your film back. Be gentle.

Some people will also make a mask for their view finder so they can tell what will be captured on the film. Personally I don’t worry about that as use this mod more for fun than anything else and I don’t want to mess with a mask since I use 120/220 on my normal shoots along side of digital. I just visualize where the image will be and shoot, so far it’s been working out for me.

That’s it. Have fun shooting pictures that include the sprocket holes.