I love to get away from the Vegas lights whenever I can and go on Photo Safari.  This week I finally made it up to Delamar Nevada.  Delamar is an Ghost Town about 3 hours north of Las Vegas and has been on my list of places to visit for years.

Click Read More to view a bunch of pictures I took of Delamar and to read more about the town.

Few Ghost Towns still have artifacts and buildings around due to vandals and people stealing the artifacts to bring home and decorate their landscape with. Sad but true.  Soon there won’t be anything left of most of these places except for the pictures of what was.

If you are planning on visiting Delamar, let me ask that you please leave the place as you found it, take only pictures, leave only footprints.

It is an easy drive from Las Vegas to Delamar, about 3 hours on paved roads then about 16 miles on dirt roads. 4WD is recommended. However, I am an optimist, I drove my one wheel drive Toyota Camry.  I am so much the optimist that my Camry even has a trailer hitch 🙂  Needless to say, I tend to do what others say I can’t…

There is plenty to do and see in Delamar, just be sure to stay out of the mines.  There are mine shafts everywhere out here and quite a few are open. But just because they are open does not mean they are safe.  Another reason to stay out of the mines is that the Delamar Mines are known to be Window Makers. There is a duct in them that is different from most mines, 100’s of miners died from breathing the dust in these mines, that was the real reason the mines closed in this area. (more on this later) 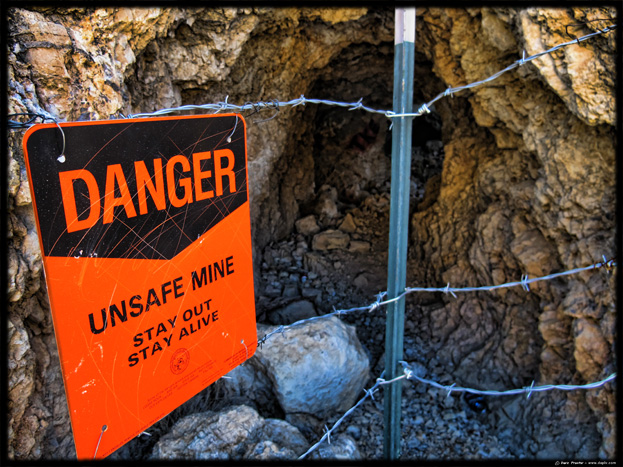 [group][one_third]You will also want to watch out for Rattlesnakes, Scorpions and the occasional Mountain Lion.  Oh, and bring plenty of water too.  The days are hot and the nights cold there so come prepared for both, even if you are just planning to spend just the day there. Something could happen that might make you need to spend the night there so plan for that even if you don’t plan on camping there.

The other thing you would want to bring is your camera! Or in my case, many cameras.  On this trip I took my Nikon D700 Digital, a Canon G12 point and shoot digital, one of my Canon AE1 35mm film cameras and my 4×5 inch large format view camera, not to mention a bunch of different lenses and other stuff that I always carry with me on Photo Safari’s. 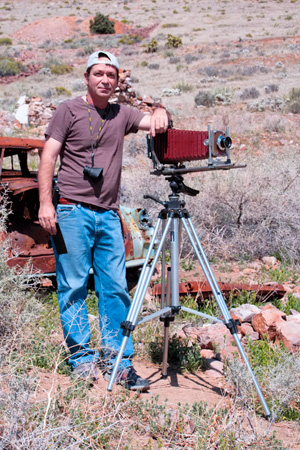 Yeah, I know, yada, yada, yada… but what about the history of the town and some pictures? ok, read on…

Gold was discovered here in 1889 and prospectors came from all over the United States to make their fortunes. Little did they know that the town of Delamar would cause their deaths.

The gold in the Delamar mines was embedded in quartzite rock. Mining the gold from the quartzite created a dust that the miners called Dagger Dust because it was filled with small sharp particles of rock. The miners didn’t know it, but while they worked, they breathed in this dust and it destroyed their lungs, hence another reason you don’t want to go into these mines.

Within a few years, all of the men in Demalar began to drop dead from lung disease. The Dagger Dust caused the unfortunate miners to endure a rapid and painful death. The deaths happened so fast that at one time, there were over 400 widows living in the small town. Locals began to call the town The Widow Maker.

When the townfolk realized what was killing them, they closed the mine and abandoned the town. Now it is filled with eerie ruins, haunted by the ghosts of the miners who died there. Scared yet?  I was, however I was disappointed that not once was I molested by a ghost while I was there. I guess they either had the day off or they were slacking for some reason.  Ghosts are so unreliable these days…

One more thing before we get to the pictures, if you decide to go up to Delamar, be sure to be ready for some of the best sunsets you will ever see. 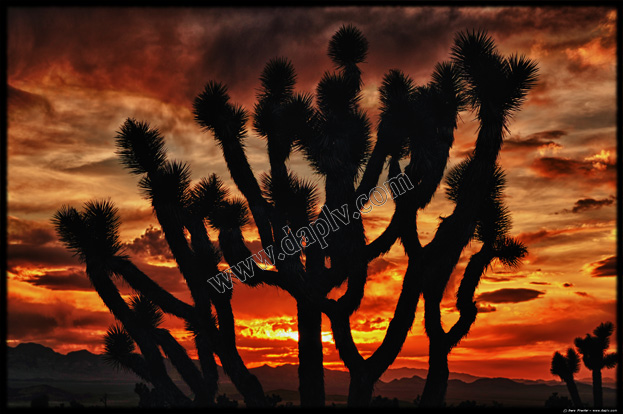 On to the pictures…