While over at a friends house one night not long ago in a place not far from here we heard strange sounds coming from outside. After listening to them for what seemed like hours but was really only a few minutes we decided to go outside and investigate. 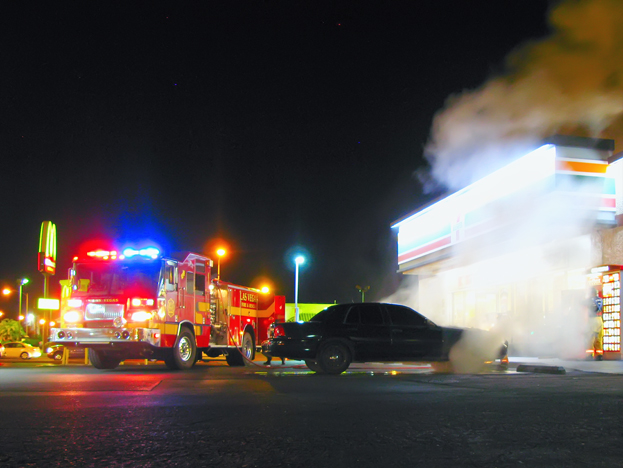 Well, it was unmarked until it caught fire.  Now it has a few marks on it.  But due to the quick response of the Las Vegas Fire Department  most of the car was not damaged too bad. 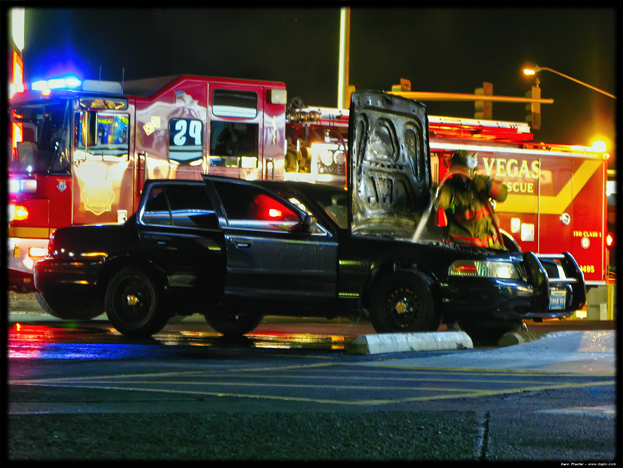 The fire was contained within the engine compartment however I have a feeling that this one will end up on the auction block or used for parts. 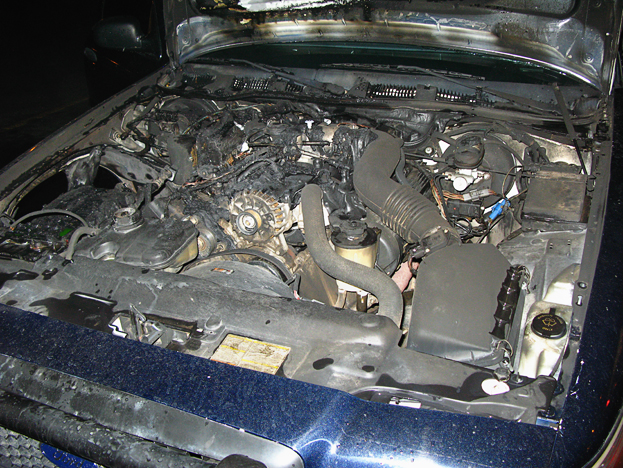 Moral of the story…

Even the police cars are Hot in Vegas

Always carry your camera with you, if not your main camera, at least a small point and shoot.

One never knows when you might run into a photo opportunity.

How do you keep a photographer from taking pictures?

So Long, and Thanks for All the Fish