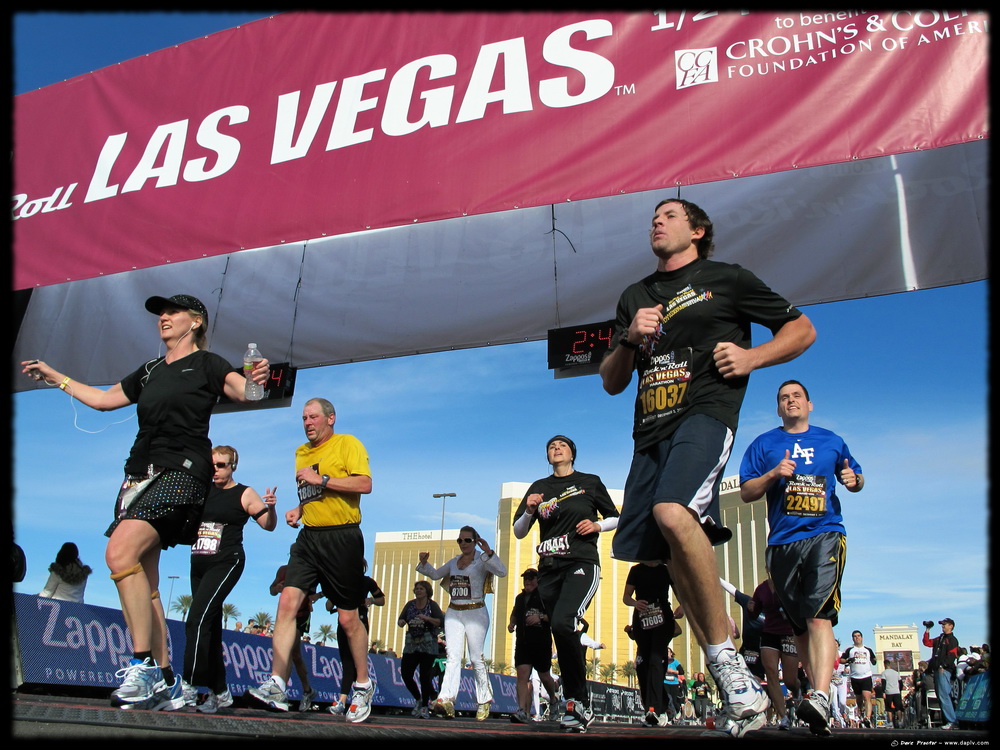 Today was one full day for me.  4:30 am found me drinking coffee and waiting with hundreds, then thousands of others for the start of the 2010 Las Vegas Rock’n’Roll marathon to start.

We had Elvis’s, Showgirls, Sponge Bob, Cookie Monster, Elmo and Big Bird, Aliens and a host of other crazy things this year.

One person that caught my eye was this guy that was running in basicly nothing, I thought he was a caveman at first however it turns out it was no other than Glen Raines.  Gary ran the whole 26.2 miles BAREFOOT!  That’s crazy!

22 people got married during the marathon this year, 33 renewed their vows, there was no divorces.

After the race Bret Michaels rocked Marathon Village.  It was amazing watching these people who just ran 26 miles get up and dance like they just arrived at the party.  I think there is going to be some sore people tomorrow…