[group][one_third]One very special camera… As the title says, it’s a family tradition, photography that is.

This camera once belonged to my grandfather who was a professional photographer back in the 1930’s. It is a pre-anniversary edition of the famous 4×5 Speed Graphic press camera. This model was made between 1928 and 1939. This particular camera was made around 1929 or 1930 and it is still 100% original. That in itself is something rare.

Most of the photographs my grandfather took between 1930 and 1970 were taken with this camera. Everything from portraits, models, commercial to news. This camera was there.

If cameras could talk, I wonder what this one would say…
[/one_third][one_third_last] 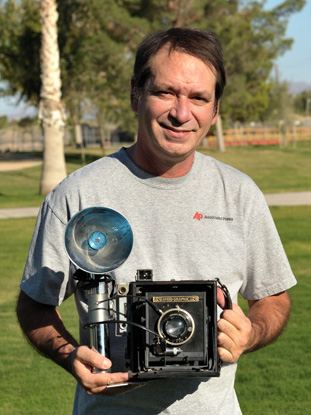 [/one_third_last][/group]
The camera was passed along to my father who is also a photographer however it was never used by him as roll film was more popular than sheet film by that time. My father primarily shot a medium format Rolleiflex TLR and also Chromes in several different 35mm SLR’s.  You can still find my Dad running around Southern California with a camera in his hand, but now it’s a Digital Nikon aka DSLR.

And now the torch has passed to another generation, last week my Dad sent my grandfathers Speed Graphic to me. This is not my first 4×5 Graphic, I already have two others but this one is by far the most special camera I now own, followed closely by Dad’s Rolleiflex, the very same camera I used back when I was a yearbook photographer in High School.

Over the next few months I will be taking apart, cleaning and rebuilding the lens of this camera as it has not been used in 40 years or so.  After that… yup, you guessed it, I will be out taking pictures with it. Some may ask why I would want to shoot a 80+ year old camera?  The answer is a simple one, Because it’s a family tradition. 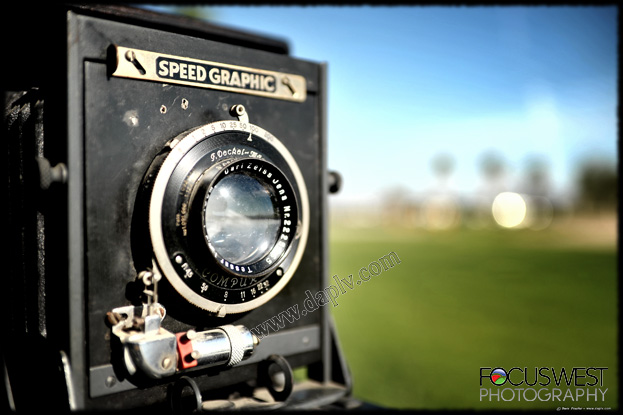 f8 and Be There… A Lesson Re-Learned…