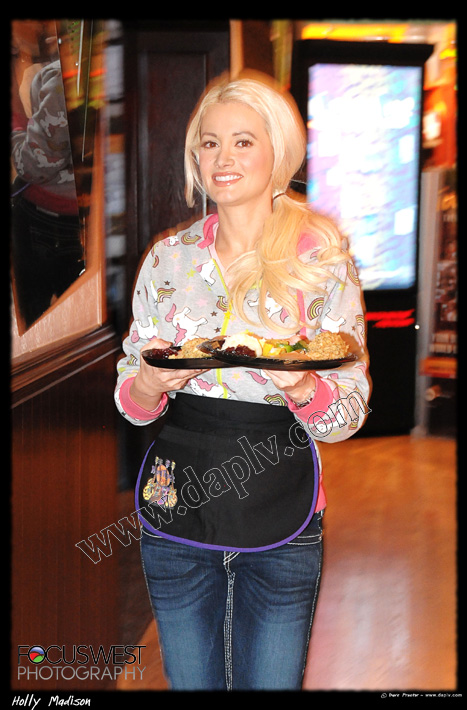 At the Hard Rock Cafe.  Holly, the star of Peepshow served a bunch of homeless and those in need that are currently staying at The Shade Tree, The Salvation Army and the Las Vegas Rescue Mission.  Buses brought those who wanted to come for a Turkey Dinner to the Hard Rock Cafe.  Volunteers such as the Vietnam Veterans of America Chapter 17 and Holy Madison were plentiful and enjoyed preparing and serving those that came.