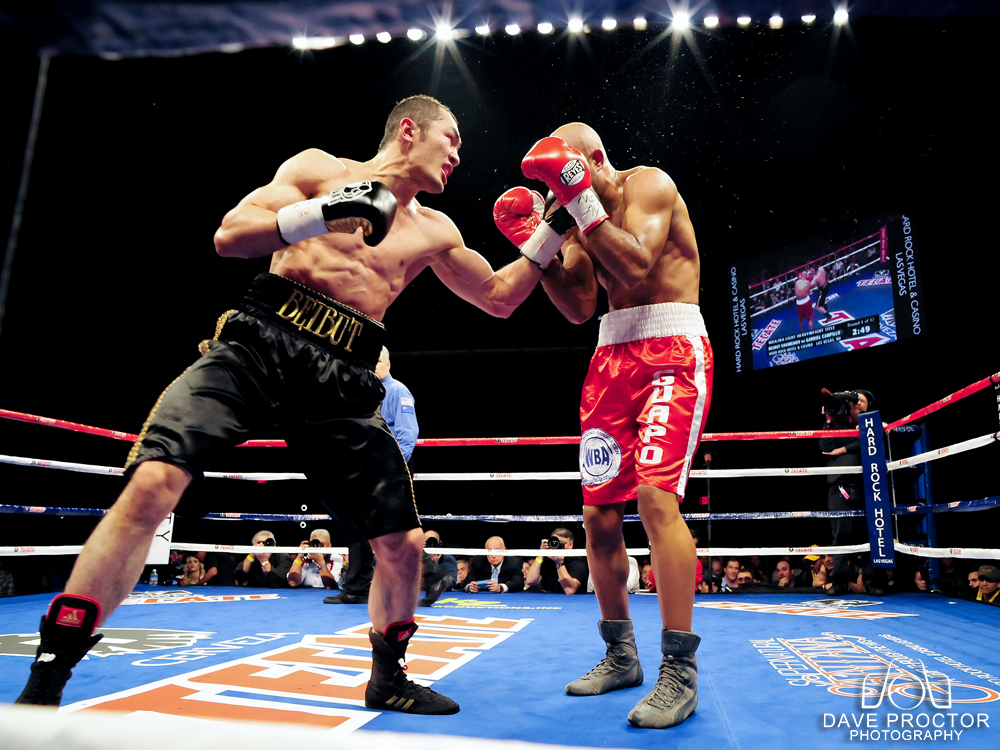 Shooting the WBA light heavyweight title fight at the Hard Rock Casino in Las Vegas Friday night was a a real eye opener  in how things can be something other than what you see.

Beibut Shumenov won the WBA light heavyweight title by points but from the looks of it ringside and what everyone else saw, Gabriel Campillo led the fight and should have won but the split-decision gave the fight to Shumenov.

Shumenov, from Kazakhstan, set a record by winning a title in his 10th professional bout. Michael Spinks held the previous mark by winning a championship in his 17th pro fight.

“I’m not surprised by the decision,” Shumenov said. “I had the better trainer and he told me what to do to win.”

“This win is for my friends and family back in Kazakhstan,” Shumenov said.

Shumenov started strong, controlling the action in the early rounds before Campillo rallied in the middle rounds.

Campillo beat Shumenov in a majority decision that many questioned in August. This time Campillo felt he was slighted by the decision.

Campillo’s cornermen were irate and visibly disgusted with the outcome of the fight.

“I got robbed,” said Campillo. “I want an investigation of the judges.”

Shumenov upped his record to 9-1 with six knockouts. Campillo, from Spain, fell to 19-3 with five KOs.