Attention Models!  You have seen it happen in other cites, now it’s coming to Vegas! 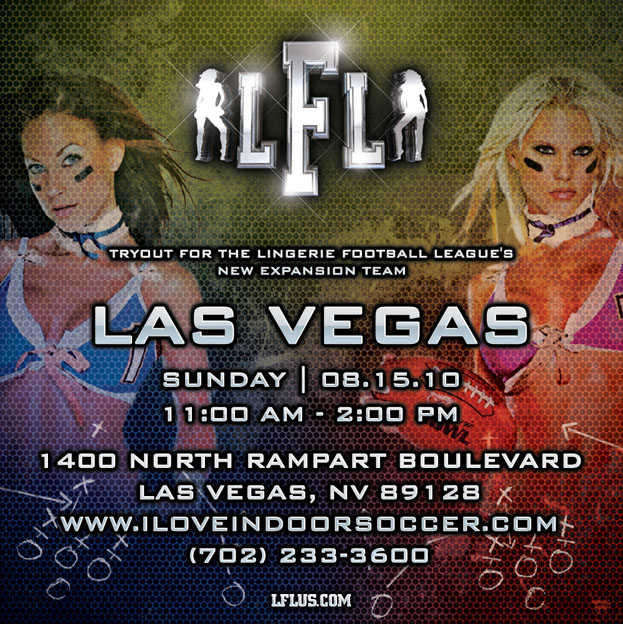 Lingerie Football League, LLC (or ‘LFL’) officials announced this morning the first step toward launching an LFL expansion franchise in Las Vegas in Fall 2010. The LFL has already seen expansion into Baltimore and Orlando in 2010 and expect Las Vegas, Houston, Columbus and New Orleans to join in 2011, making for a (14) team league, currently there are (10) major market teams.

I will be there with my cameras so remember…

What Happens in Vegas, does not stay in Vegas when I’m around, I syndicate it for worldwide publication.

Just when you think you have seen it all…

Human Rooster Fighting at Tacos and Tequila inside the Luxor